Two authorities in real estate have come together to create an unsurpassable system. Co-founded by two of the top real estate professional in North America with over 60 years of combined experience, Sellstate’s model is designed to empower agents. Arthur Darmanin’s brokerage growth strategies and Neil Cresswell’s 7-figure producing real estate tactics combine to create the most innovative model in real estate.

Sellstate Realty is a very unique franchise system. Unlike most franchises, which begin as a single successful location where the founder(s) later decide to expand, Sellstate was designed as a national franchise from the very beginning. Because of this, Sellstate’s foundation was conceptualized and created with nationwide systems that make life for a broker easier and more efficient while providing agents with everything they need to succeed. Our C.P. Technology acts as the technological backbone for our entire network eliminating the majority of administrative duties from the office level. This is what helps Sellstate to be the best real estate franchise for brokers and agents. 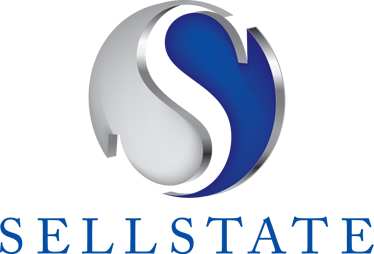 Founded in 2002 by two of the great minds in real estate, Sellstate is able to afford franchise owners and real estate agents with unmatched benefits. CEO Arthur Darmanin experienced success so great that at one time his real estate office owned 51% market share in his area. He eventually became part of the executive team for Canada’s second largest real estate franchise running the entire province of Ontario. Sellstate President Neil Cresswell consistently rose to the top of real estate sales becoming one of the nation’s leading Realtors both in Canada and in the United States. Neil also enjoyed success as a broker and regional owner with Canada’s second largest real estate franchise by age 28.

Sellstate is the best real estate franchise. It is unlike any other real estate system. It took 3 years of designing prior to the opening of the first office. It incorporates the very best the industry has to offer while eliminating many of the issues such as administrative headaches and high overhead. Designed to succeed even in slow markets, Sellstate is a top real estate franchise and continues to open offices in today’s difficult world of real estate while offering Realtors the best office to work for. 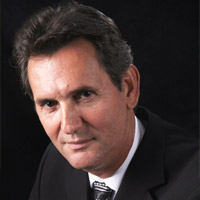 Arthur Darmanin has more than thirty three years experience in the Real Estate industry with over twenty nine years combined managerial experience at the Broker and Regional Franchisor levels.

Darmanin successfully managed several real estate offices before opening his own. Within three years he expanded to four very successful offices which controlled 51% market share. He then joined a 100% commission concept franchise and within two years, purchased the regional franchise rights to a territory which he successfully developed in a very short period of time. This extraordinary success led to an executive position on the corporate team where he managed 80 franchises with over 3000 salespeople in addition to maintaining his own regional territory.

Experienced in all facets of real estate including being a sales person, broker, instructor, former board president, franchisee and franchisor, Art Darmanin is involved in all aspects of the business concentrating on the design and continuous evolution of the Sellstate system, franchising, brokers support, administration, marketing programs, and promotions.

Highlights:
– Over 35 years experience in real estate
– Member of the executive team of one of the largest real estate companies in North America, managing thousands of agents and brokerages
– Built a successful region from the ground up
– Served as President of his association
– Managed his first real estate brokerage 2 years into his career
– As an independent broker, built the large brokerage in his market area with 6 offices in just 3 short years
– Member of O.R.E.A. Faculty of Education
– Co-founder and CEO of Sellstate 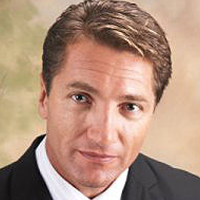 Neil Cresswell has more than twenty five years in the real estate industry. His career has been extremely impressive to say the least. Having started real estate in his early twenties, Neil immediately rose to the top in sales for his entire area and quickly became one of Canada’s top real estate executives. Almost immediately after beginning his career, Cresswell became a broker/owner and eventually partnered in with Arthur Darmanin in the city’s most successful office before taking control on his own.

By age 28 and having already surpassed the accomplishments of most in the industry, he purchased regional rights for the second largest real estate company in Canada in the nation’s largest metropolitan city.

After enjoying all the success that he could in Canada, Neil moved to Florida and quickly became one of the leading Realtors in the United States. His continued success as a Realtor, broker, owner and regional owner lead him to co-create Sellstate with his longtime friend and business associate, Arthur Darmanin.

Neil is involved with every aspect of Sellstate and has a personal mission to help brokers and agents achieve their highest goals with an eye toward developing a culture to exceed customer expectations. Neil Cresswell spends a large amount of the year traveling the country to support and educate brokers and agents.

Highlights:
– Over 25 years experience in real estate
– Carried an average inventory of 200+ non-REO listings
– Single-handedly outperformed entire brokerages
– National Trainer
– Immediately rose to the top in sales for his area and proceeded to become one of the top Realtors in the country
– Regional Franchisor of one of the largest Franchises in North America
– Co-founder and President of Sellstate 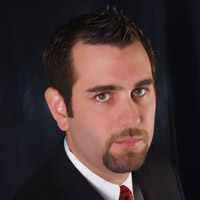 Michael Darmanin is the Chief Operating Officer for Sellstate. He graduated with an Honours Baccalaureate in Commerce with Specialization in Marketing from the University of Ottawa, School of Management. Having attended one of the top four year business schools in Canada with International accreditations, Michael is well versed in a wide array of business techniques and strategies.

Prior to his studies in the area of management and marketing, Michael spent two years at the University of Ottawa studying in Computer and Electrical Engineering. The combination of marketing and engineering is what makes him the perfect candidate to lead Sellstate’s technological innovations.

He joined Sellstate in 2006 and has spearheaded the development of many of the marketing and technological advancements including brand image, web-site design, iPhone app creation, training programs, cloud based integration and is central to the current social media strategy. You may keep up with what Michael is up to or contact him at either Facebook.com/SellstateCOO (Michael Darmanin) or Twitter.com/SellstateCOO (@SellstateCOO).