Back to school season is always one of the best times of the year for tech rumors. Many companies try to either have their products out or at the very least start getting information out so that consumers will know what to buy for the holiday season. This year is no different so I thought I’d take a few minutes to round up some of the more popular rumors.

Windows 8 is not actually a rumor. In fact it has long been announced and we’ve been running a beta version on a few of our systems in the Sellstate Marketing Studio for months. What was rumored however was the release date. Thankfully Microsoft was kind enough to put an end to the speculation and finally announced that Windows 8 will be available on October 26th. Mark your calendars!

For those unfamiliar with Windows 8 and are planning to buy a new laptop later this year you may want to start to take a look. Unlike the transition from Windows XP to Vista or Vista to 7, Windows 8 presents an entirely new interface known as the Metro UI. For anyone using a Windows Phone 7 device, this interface will be familiar to you.

Gone is the familiar “Start button” and in comes the new “Start Page”. The new interface does take some getting used to but does offer many advantages and makes daily tasks such as surfing the web, checking email or using social networks much quicker. See a preview picture below: 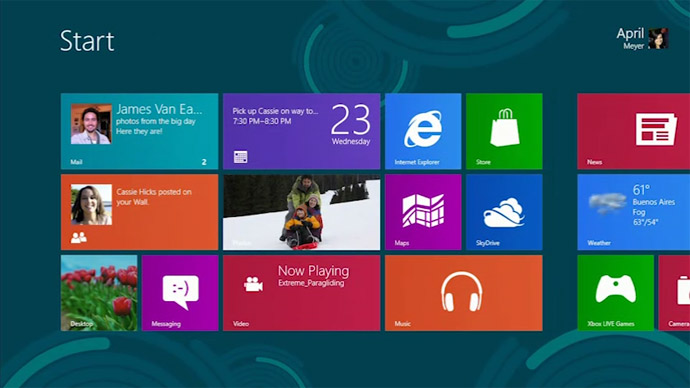 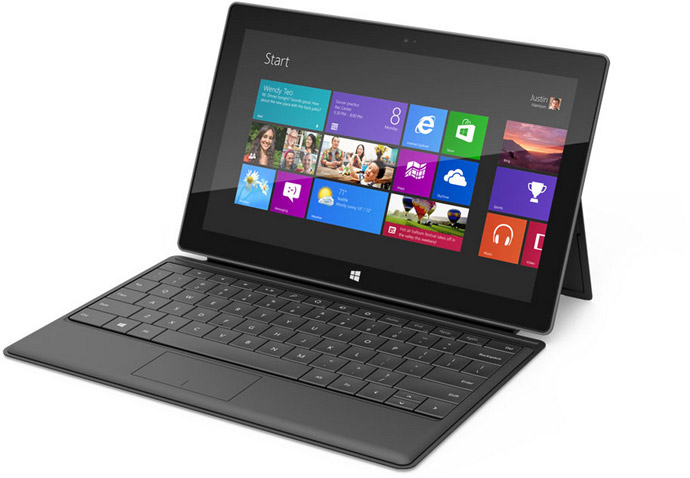 To go along with the release of the Windows 8 lineup of products Microsoft has been making changes and updates to their existing products. For any hotmail.com, msn.com or live.com email users, you now have the ability to upgrade your account to the new Outlook.com. If you haven’t already done so, I highly recommend that you do! The new interface is clean, quick and extremely user friendly. I have been very happy since making the change.

And of course what tech rumor roundup would be complete without a dose of Apple rumors. As is the case every year leading up to the announcement of a new iPhone the Internet explodes with rumors and renderings of what the new iPhone could or should look like. As there isn’t enough time in a day to go over every rumor, below I will summarize the more credible ones:

Release Date – While I am still very skeptical about this rumor, multiple sources online have pointed to September 12th as the announcement day for the new iPhone with the release of the phone September 21st.

New Design – This rumor I am fairly confident in as Apple tends to update their phone design every two years. If you look back to the iPhone 3G and iPhone 3GS and then the iPhone 4 which was a redesign to iPhone 4S there is little to no doubt at this time around will again be a new design. What specifically the design will be is still anyone’s guess however there have been suggestions that embedded in the code for iOS 6 beta is the ability to scale the operating system to a taller resolution leading to speculation of a taller version of the phone. Some supposed cases based on the new design have also leaked which were consistent with this suggesting a similar conclusion.

Near Field Communication (NFC) – This is almost a certainty as nearly every competitor has already gone to NFC receivers in their devices. Samsung has been running many commercials showing the convenience of transferring information by touching two devices together.

NFC is basically a receiver in your phone that allows data to be transferred by proximity. This feature is going to lead to payment systems being made using virtual wallets on your phone. Your credit card and or bank information would be securely stored on your phone allowing you to make payments simply by “swiping” or placing your phone close to the receiver at the store. Some rumors have also suggested that coupons, reward points and other extended benefits will be automatically saved allowing you to experience the benefits without the need to carry around a deck of membership cards with you.

4G LTE Support – This is also pretty much a guarantee at this point as once again every competitor has been using this technology for quite some time. This feature was also heavily rumored for the iPhone 4S but never made it in. Given that the current iPad already has LTE receivers built into the Wi-Fi + Cellular versions it would appear to be a no brainer to expect it in the new phone.

Other iPhone rumors include a better camera, the A5X processor (same as current iPad) clocked down to 800MHz, more RAM and to drop the numbering after the name and simply be referred to as “The New iPhone” or “iPhone”.

Look for more fun articles on the latest gadgets as we get closer to their release.